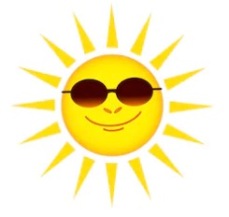 I’m typing this on Ryanair at 34,000 ft and I’ve got three hours and twenty minutes to kill. We’re currently coasting over the edge of Africa after five fun-filled days in Marrakech (check back for more on that later). It was my first all-inclusive holiday, during half-term, too, so I was expecting total bedlam. And I must say – I was pleasantly surprised. 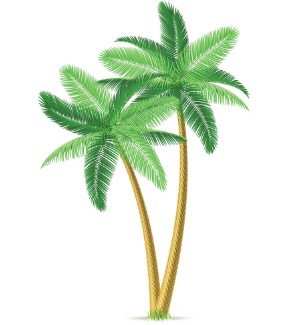 The three of us – me, my sister and my niece – had decided to stay at the Eden Andalou after finding a cracking deal on Holiday Pirates (seriously, take a look – they’re practically giving them away). I was secretly sceptical as I’d never even heard of this company before and any old Tom, Dick or Harry can slap some pretty pictures online and snatch your hard-earned getaway fund. But – thank God – behind the huge, imposing wooden doors lay a sprawling, well-kept resort, surrounded by big bushy palm trees and overlooked by the Atlas Mountains – just as advertised.

The kitchen served up a decent buffet each day, there were drinks on tap, and there was entertainment every night – namely a guy with a synthesiser playing an endless electronic drum loop of indistinguishable 80s classics with a faintly Arab twang. There were also three pristine outdoor pools – one for the babies, one for the children and one for the grown-ups. Best of all, at the end of the path lined with pretty Moroccan lanterns (the one with the scary goblin-gnome that turned out to be a fire hydrant by the light of day – ahem, Kayla) was the Aquapark. 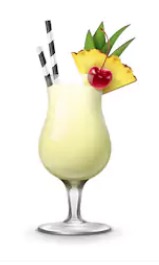 The Aquapark was a shimmering, rainbow-coloured paradise. Exhausted parents could shove their offspring into the deep end with one hand whilst sipping on their piña coladas with the other. In this magical oasis, queues didn’t exist; there were sun loungers for everyone; and they played happy-clappy reggaetón all day long. You could waste an hour bobbing round the lazy river like a heat-stricken rubber duck; or you could sample zero gravity on one of the numerous and slightly illegal-looking waterslides.

In short, it was perfect. And we lost our tiny minds. 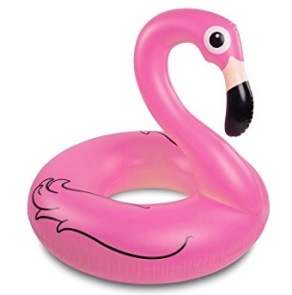 The three of us threw ourselves into the place with great gusto. Kayla, my niece, is eight years old and can swim like a fish. My sister is proficient and in most places could put her feet on the floor without drowning. At 4’10”, this wasn’t quite the case for me. Plus this is probably a good point at which to mention that I can’t actually swim – I hadn’t even packed my trusty inflatable flamingo. But you know – YOLO.

Everything was going great until I decided to ride ‘The Zebra’. It looked pretty unassuming from the outside: a swirly black and white affair that deposited the rider into a very visible part of the pool. I started up the staircase, dragging the yellow waterslide mat behind me without a second thought. It was actually a lot higher than it looked from the ground, and eerily quiet at the top – apart from the raging torrent gushing through the long, dark tunnel ahead. Which I could now see was actually pitch black inside. But hey – YOLO.

I carefully arranged myself on the cold, wet mat… slowly, sloooowly lay aaaalll the way back – and shot off like a rocket ship.

I couldn’t see my hand in front of my face in that slippery eclipse of a hell hole as I flew through the tube like a marble down a drainpipe. Water sloshed into my ever-widening eyes, mouth and nostrils at depressingly regular intervals – like someone was lying in wait with a bucket at every wretched bend. Before long I couldn’t even tell which way was up or down and was soon past caring – I was just trying to stay alive. Round and round I spiralled, twisting and turning and screaming and choking as I hurtled into the abyss. 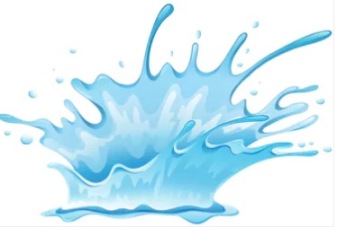 Just as I was about to run out of all hope (and oxygen), the merciful tunnel spat me back out into the open, legs akimbo in the scorching sun. In fact, I smacked the water so hard I got a front-bottom wedgie and my bikini padding scrunched into misshapen, wayward forms that looked like I’d boosted my bosom with balls of crumpled tracing paper. Thankfully, I was blissfully unaware of these unfortunate wardrobe malfunctions because I was far too busy sinking like a stone to the bottom of the swimming pool.

Strangely, I was completely calm; everything was under control. I was merely going to collect my thoughts, find the floor – which admittedly now seemed an awfully long way down – and simply push off with my toes, emerging graceful and swan-like before drifting demurely back to shore. But before I had a chance to execute this elegant exit, something bumped my thigh.

First thought: Jaws. Obviously. Like, even if I’d been in a bathtub – which I effectively was – my brain would still have gone there. 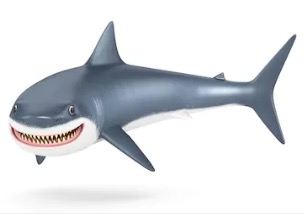 I looked down to find a dark, round, furry mass floating about between my legs that happily wasn’t a man-eating shark, but potentially could have been something far worse. I was just about to launch into full-blown sub-aquatic panic mode when I realised it was a head – and a human one at that. My hands were swiftly arranged around a neck; my body was scooped up by two strong arms; and then I could feel myself being pulled upwards through the churning water.

Suddenly, we surfaced – whereupon I was unceremoniously dumped like a dead whale onto a pile of cold, soggy waterslide mats. I’d lost a contact lens during this debacle but was still able to see the lifeguard smoothing his hair as he went on his merry way without so much as a backward glance, let alone a pulse check. Seeking signs of life must fall under someone else’s job spec: clearly, his work here was done.

As for me, I dragged myself up, rearranged my swimwear… and joined my girls in the queue for something even bigger and badder than ‘The Zebra’ called ‘The Boomerang’. Because what the heck – YOLT.