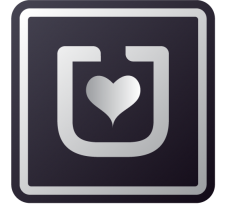 Last Saturday, I caught a cab to a conference called How to Get the Relationship You Deserve. It was free, and I had nothing to lose. The speaker bore an uncanny resemblance to Nick Grimshaw and looked like a caricature of a used-car salesman, all suited and booted in black patent brogues, a pink tie that was almost as wide as his smile, and dark, slicked-back hair.

Unbeknownst to him as he bounded onto the stage to his pounding hype music, he was also sporting three streaks of black marker pen down the side of his face. One of the audience members dutifully wiped it off for him halfway through the event, just stopping short of spitting onto a tissue first. Undeterred, he swore like a trooper as he battled his way through a barrage of technical difficulties, struggling to make himself heard over the deafening whines of dog whistles and whale song as the PA system went into total meltdown.

More than 600 of us had packed into the conference room to absorb his words of wisdom, and I was hoping to share them here with you – but it turns out the whole thing was just a ruse to flog his life-coaching course. Despite going to great lengths to tell us how much he doesn’t need our money, he spent the second half of the afternoon asking for our money – a mere £2k, if you will. And that was on special offer. Luckily, my Uber driver Naser – who really couldn’t understand why I’d needed to go to such an event in the first place – was more than happy to dispense some advice.

“There is nothing wrong with you,” he declared, having given me a cursory once-over in the rear-view mirror. “You look fine. I don’t know why you haven’t managed to find a husband. Why have you left it so long?”

I tried to explain to him that I was actually with my childhood sweetheart for 10 years all told, and that eventually, he ended up marrying someone else. “What did she have that you didn’t have?” he demanded. “Breasts,” I replied. “There is nothing wrong with your breasts!” he declared after a backwards glance at the traffic lights. “Your breasts are fine! I still don’t understand why you don’t have a husband. Why didn’t you find one after him?”

I tried to explain that it’s not like I haven’t been looking – it’s just that I’d actually like to have a real connection with the person that I end up with and, unfortunately, many of the guys that would have been great matches are already taken – especially at my age. “How old are you?” he demanded. “Thirty-six,” I replied.

He sucked the air in through gritted teeth and made a hissing sound – like the one a mechanic makes just before he rubs his chin and hits you with a long list of unforeseen issues that are guaranteed to cost you an arm and a leg. “Yeah we’re leaving this a bit late, to be honest,” he said. “You need to hurry up.”

“You’re still doing okay though – you don’t look your age,” he announced. “I never would have thought you were that old.” I thanked him for the backhanded compliment.

“Oh and for god’s sake, whatever you do, don’t go on that online rubbish,” he continued. “People on there can lie – they can be gay, they can be serial killers, they can be anything, you know? You’re better off meeting someone in real life.” I explained that meeting someone in real life doesn’t negate these risks – they are just as likely to be lying gay serial killers as the people you find on dating apps. You still have to meet the people you find on-screen in real life, and then you can decide whether you like them or not. It’s just another way of crossing someone’s path. “Yes, I suppose,” he conceded.

“Well if you look okay and you are going out there and meeting people and you still don’t have a husband, then you must be too fussy,” he declared. “I bet you have a giant list – what sort of man are you looking for? Are you expecting a man to be this rich, and this tall, and this handsome? Romantic with an amazing job? Tell me – what are you looking for?”

“I’m not looking for any of those things,” I replied. “I’m looking for my best friend.” That stumped him for a moment. But he was soon back with an answer. “Well – then there must be a problem with your fishing tools.” I looked at him blankly in the rear-view mirror.

“Look – all you have to remember is, it’s a game: there’s plenty of fish in the sea, and all you need to go fishing is some bait and a hook.” He studied me one last time as I climbed out of the car. “You are a decent-looking nice lady – there’s nothing wrong with your bait,” he declared. “Clearly, there’s something wrong with your hook.”

As I thanked him for the insightful ride, he said: “Don’t worry – if all else fails, I will happily be your husband. I am a good boy; I know how to behave myself. Here’s my number – give me a call and we’ll finish sorting this out, okay?”

I think we can all agree that neither Naser nor the conference speaker really got to the bottom of how to get the relationship you deserve – feel free to share your own suggestions, as I’d still love to know the answer. However, I’ve decided not to take the driver up on his marriage proposal just yet. But I’ll hang on to his number. Just in case.

Food for Thought: The Depraved Appetite of Tarrare the Freak

* Hey guys – just wanted to say a MASSIVE thank you to everyone who’s dropped by to check out my blog via WordPress Discover’s Editors’ Picks over the past few days (special thanks to Michelle W for choosing me), and a HUGE welcome to all who’ve signed up to my mailing list! I’m stoked – looking forward to rustling up some more stories to share with you!  : D x